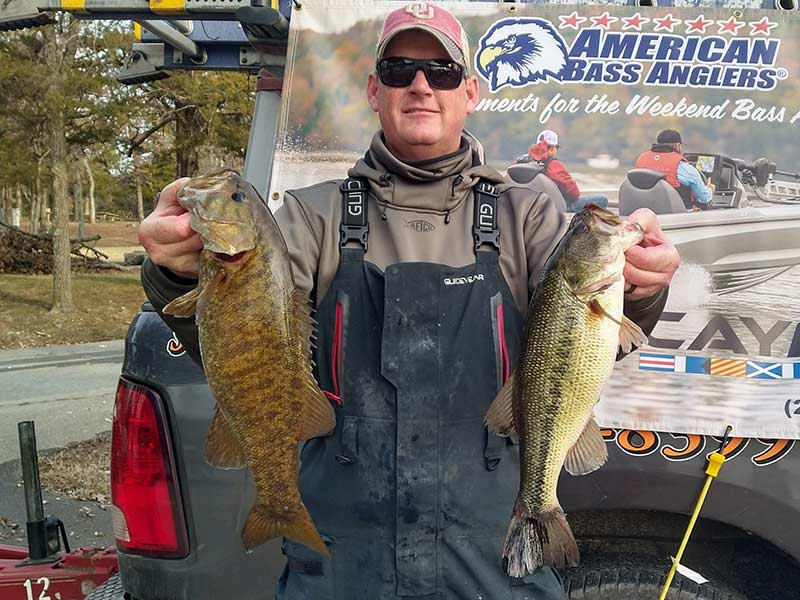 McMasters stated most of his fish came from an A-rig bite in the morning hours. However, he found a deep bite later in the day that allowed him to cull out his winning five-fish limit. McMasters said that the Dimiki Rig was the ticket on the deep bite, following “wolf packs” of fish around. He also stated that he was looking for single fish to target, due to the fact that they were usually of a larger size class.

Second place was claimed by Blake Atchison of Ava MO, with a 3 fish bag, and a total weight of 10.44lbs.  For his efforts, Atchison took home $329 in prize money. 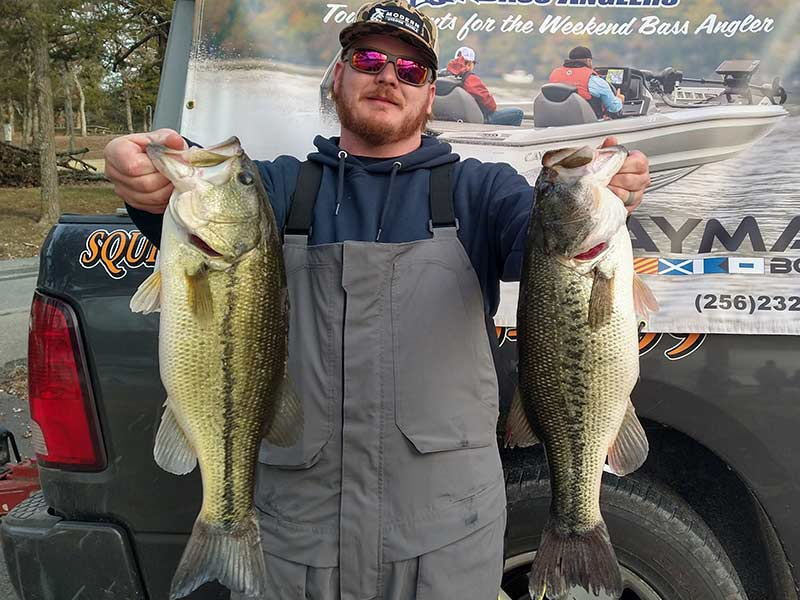 Atchison attributed his success to a decent Jerkbait bite found on wind blown banks, with transitions from gravel to chunk rock. Of the six fish he caught throughout the day, he said only three would make the 15” minimum mark. However one of which was good enough for Big Bass Honors.

Wyatt Marler, of Ava MO, took third place honors with five fish, and a total weight of 9.43 lbs. For his efforts, he took home $108 in prize money. 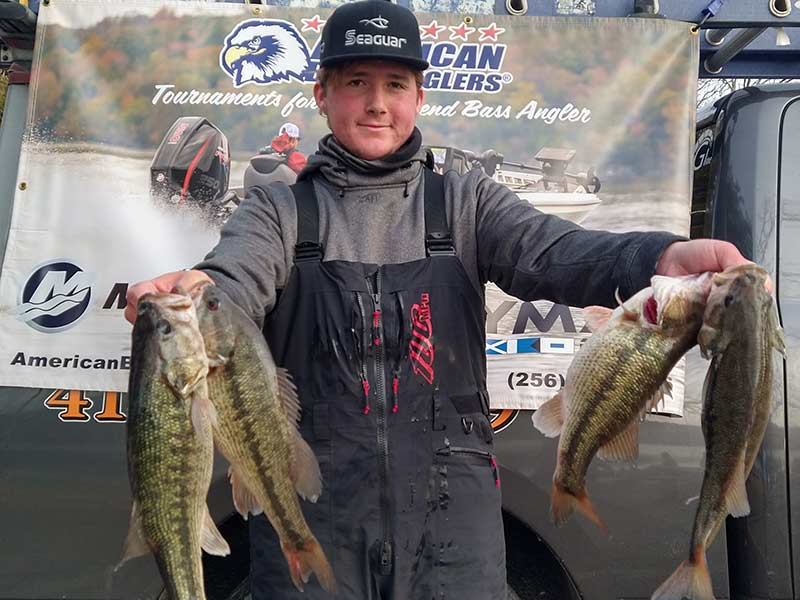 Marler accredited his success to a jigging rap, and the Dimiki rig deep in 60+ feet of water. He stated that he had to sort through a lot of short fish, probably 25-30,  before settling in on his final five-fish limit.

The Biggest Bass of the tournament was caught by Blake Atchison.  His fish locked in the scales at 4.79lbs earning him $190 in cold hard cash.

The next tournament in this division will take place on February 25th, launching from Aunts Creek Public use area.

For more information on this event or division please contact the local director: Randy Chapman (417)880-8399 or visit www.centralmidwestbass.com.