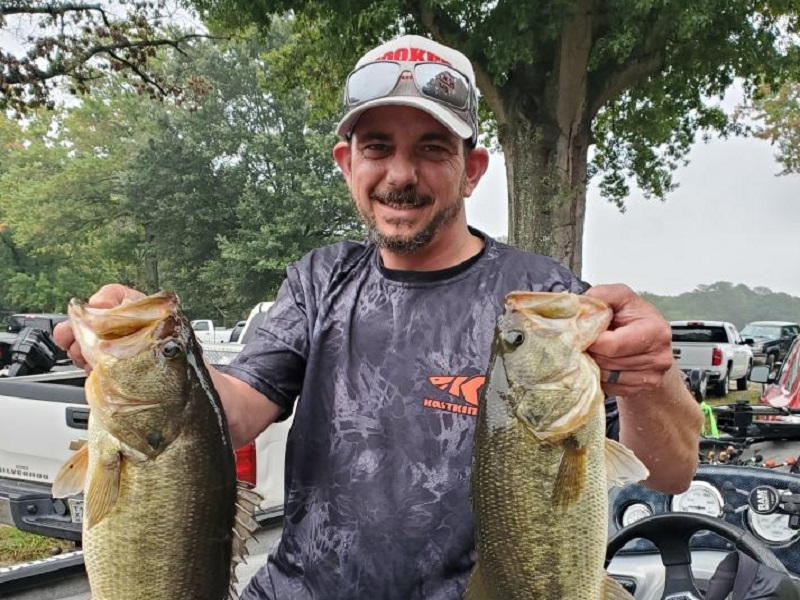 22 anglers got together in Williamsburg,  Va for the division 13 championship. Randy Ruffin set the bar high by posting a very nice day 1 total of 16.16 pounds including day 1 big bass at 5.14 pounds. Randy was fishing plastics in pad beds on the main channel of the Chickahominy River. Despite only bringing in four fish on day two, his tournament total of 23.43 pounds proved good enough to secure the win and collect $1223 in winnings.

Behind by almost 4 pounds after the first day, Richard Bates gave it his best on day 2, closing the gap to just one pound and taking second with 22.24 pounds. That second place finish secured Richard division Angler of the Year.

Having averaged 33 anglers for our events this year, the division has qualified three anglers for this year's AOY competition. Also qualifying for AOY are tournament winner Randy Ruffin and Scott Stephenson.

The Virginia division will start the 2021 season on October 10 at Kerr Lake.